Respected musician and producer Kramnik returns to the music scene under the eclectic alter-ego – Mooji – with a stunning new album titled ‘Double Agent’. Exploring  elements of  acid-jazz, dub, funk, down-tempo and  blues, with effortless style, the new sound of Mooji is trippy, intoxicating, and musically ambitious. 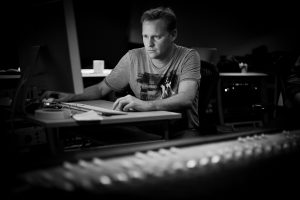 Kramnik began his career at SONY Music Spain (his motherland), working alongside some of the biggest names in popular music. But as a passionate lover of music, he quickly became disillusioned with the industrial approach of a big label and went on to promote some of the most revered underground nights in Spain. Inspired by the world famous DJs he booked for these shows, Kramnik honed his own DJ skills during this time, as he went on to rock dancefloors around the globe. From Birmingham to Berlin, and Madrid to Miami, taking in the likes of Sao Paulo, Washington DC and Puerto Rico along the way. This journey also taught the young and ambitious artist invaluable lessons about hard work and determination that he has lived by ever since.

Kramnik first began making serious waves as a producer in electronic music in 2012 with his irreverent and much-lauded debut album: ‘Dark Matters’. The album was conceived and mixed LIVE, to showcase his fine-tuned ability to craft and execute an emotive sonic journey, garnering praise from the producer’s bible Future Music, who described him as ‘one of the most distinctive artists of the year, with a unique and unaffected sound. A truly singular artist, Kramnik could well be bending our minds for years and decades to come.’ 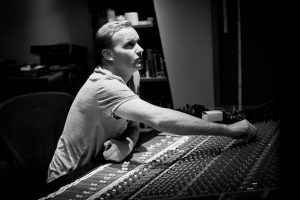 ‘Dark Matters’ quickly garnered a strong following of underground house and techno fans alike, with a list of world-class producers stepping up to remix his work, including Ben Simms, Timo Maas,  Monika Kruse, Gabriel Ananda, Nick Warren, Hans Bouffmyhre, Hernan Cattaneo, Cari Lekebusch  and Alexi Delano, among others. Unsurprisingly, ‘Dark Matters’ went on to shake up the most demanding dance-floors on the planet, from Berghain to Fabric to Space Ibiza. As leading dance magazine at that time, iDJ observed, ‘It’s easy to see why he’s so respected.’

Always one to push the boundaries of his abilities, and with a new musical ambition, Kramnik moved to Berlin to immerse himself in the city’s artistic vibe. Taking his music back to basics, with a heavy mix of songwriting, improvisation and live instrumentation, Mooji finally came to life. As Mooji explains, ‘because my debut album was designed for DJs, I wanted to make music that could appeal to a wider audience. I wanted to make music that could be enjoyed beyond the dance floor, something that could be shared with others.’ 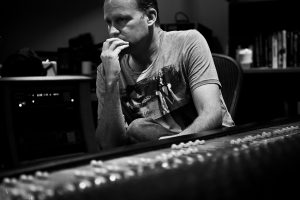 ‘Double Agent’ began to take shape after two years of intense evolution, with Mooji proving both ambition and versatility, introducing vocals by blues legends such as Leadbelly, John Lee Hooker and Muddy Waters, as well as Dub pioneer Lee ‘Scratch’ Perry. The album came to life as Mooji took to the road, producing and recording as he travelled, and drawing visual inspiration from places such as Cuba, Laos, Morocco, Japan or Mongolia, to shape the ‘story’ behind the music. ‘Double Agent’ also sees the introduction of live session musicians on the likes of guitar, harmonica and trumpets, with Mooji stepping up himself on drums! The result is a more organic and earthy sound, both engaging and eclectic, masterfully bridging the gap between electronic production and live musical virtuosity. 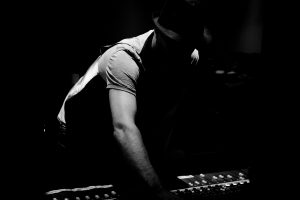 Creating captivating music for both body and soul, Mooji’s ‘Double Agent’ brings to life the artist’s irrepressible desire to explore and master different musical styles. The metamorphosis from Kramnik to Mooji demonstrates a growing maturity and broadening of this respected artist’s sonic horizons, and offers a tantalising glimpse of even more musical gems in the road ahead. 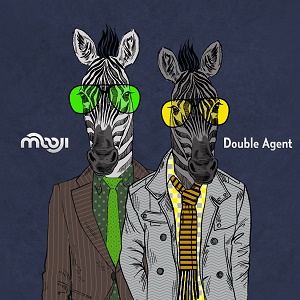