“The vibrant masterpiece known as ‘Double Agent’ finally hits stores today, which has been the talk of music blogs alike….The only bad thing about ‘Double Agent’ is that it comes to an end.” Buzzfeed

“Stylish to its very core… His usage of samples is absolutely astounding as he manages to weave them into his already thorough arrangements… Flawless in execution and best taken in as a whole, Mooji’s ‘Double Agent’ creates a living breathing thing.” Beachsloth

‘Double Agent’ really floats in a genre all of its own making; somewhere in the rainbow between alternative, ambient, blues, electro, rock, psychedelic and trip hop music…. It’s an album that comes along maybe once every few years… some of the most fantastic electronic-induced music you’ve heard come out of your player in years… Friends of the electro revolution, prepare to experience the majesty that is Mooji… Completely uncluttered, ‘Double Agent’ is technically outstanding and sonically way ahead of its game. There are few other musical artists out there who indeed, sound like no one else. And no matter how hard you look you’ll be hard pressed to find a comparison to Mooji. He is unique.”  Jamsphere

“The depths of the layers in each piece, is nothing short of astonishing… From the start it is obvious that this is no ordinary album, which showcases the range of Mooji in his music as well as producing and songwriting skills…The time, effort, sweat and tears, are brought to life, to create Mooji’s piece de resistance.” Artist Buzz

“Mooji is an absolute musical treat with a whole new sound… It’s hypnotizing, it’s infectious, it’s like nothing you have ever heard before.” Arena

“The sophistication of layers and beats heard throughout the album truly shows how talented Mooji is… ‘Double Agent’ is fresh, innovative, eclectic, and cool. Make sure you take a listen to Mooji’s masterpiece before everyone does. This is surely not the last we hear from Kramnik or his hip alter ego (Mooji).” Hipserfishing

‘Double Agent’ is only eight songs long, but it’s intense and gratifying…The songs are dirty and sexy.” Essentially Loop

“On the album is 8 glorious tracks of pure bliss, that will peek your curiosity from start to finish. Mooji is a master at putting together the striking elements of instrumentation, production and vocals within the record; creating a record that proves to be out of the ordinary (but in a good way)…. Mooji knows how to make a record, as ‘Double Agent’ is far from boring. Quickly he is proving his relevance in the music world, and a mainstay in my ears.” Paste

“His sound and style comes off effortless.” Music Existence

“Within the 8-tracks on the record, Mooji is able to create a sound that is both unique and accessible, bringing together listeners from across the board. Mooji creates captivating music that will move you both spiritually and physically. His desire to explore different musical styles and genres, are like no other. His budding metamorphosis and reinvention as an artist, showcases his musical maturity and desire to create; not only for his audience, but for himself.” Modern Mystery

“Mooji’s sounds take complete control over your emotions. The mix of minimal and fully immersive parts keep you guessing where the song will go next.  The only way to get the track out of your head os to listen to more amazing music. This artist has plenty more for you.” Indie Guru

“Mooji creates an experience that is anything but subtle in tone, and provides you with an in your face sound that brings his music concept full circle. If “Medley” is just a small dose of what Mooji has to offer, I can’t wait to hear the rest. Take a listen after the jump. ” Buzznet

“One of the most distinctive and original albums of the year, with a unique and unaffected sound, discovering and exploring new and uncharted territory. ‘Dark Matters’ is a highly atmospheric record that bristles with energy, tension and brooding darkness. It builds with a subtle drive that takes the listener from expansive, eerie sound textures to slabs of bassdriven, tough tech. At times it’s pulsating, at others it laments and stews in its own emotions. Trippy, druggy and rich in thick, intoxicating layers, this intense album sucks you deep into Kramnik’s often-twisted world. A truly singular artist, clearly more interested in his output than the fame it could yield, Kramnik could well be bending our minds for years and decades to come.” Future Music ‘Album of the Month’ (Dec 2012)

“A well-programmed and thoroughly cohesive trip through the finest tech cuts of the moment. Bubbling with deep progressive ambience and swirling bass-driven energy, it jumped out at us.” DJ Mag (“Top Pick”)

“A proper, late night progressive chugger, beautifully produced by the highly respected Kramnik. Loads of atmosphere and great big, cyclic bassline make this a pretty intense and trippy track. It doesn’t do much except creep up on you with its subtly funky groove Kramnik has already established quite a following in Europe and with productions like this, it’s easy to see why he’s so respected.” iDJ

“A real brain crusher. It’s dark, languorous beat will definitely get any progressive fan off the floor. During its eight and a half minutes, the track cranks up the temperature to those very psychedelic limits, eventually bringing you back to the overpowering beat, which completes the head-spinning session.” BeDance

“I haven’t heard such a large slice of quality dark progressive tech energy since Moshic came to fame on the DJ Mag World Series covermount back in 2003… Here’s hoping Kramnik can carve an underground uprising of this powerful deep side of progressive house.” Pioneer (Simon Hart)

“This is quite simply a slammin EP and something that everyone should listen to and download. This is unbeatable genius, it’s easy to see why he’s so respected!” Amplify and Destroy

“A truly original and distinctive album. A mind- bending, trippy mix of dark electronic textures and deep, driving grooves. His unique approach yields an even more distinctive sound, which he looks set to develop more in 2013. DT caught up with the man himself to try and unmask the talent behind this mysterious producer.” Data Transmission

“It’s certainly different from the mainstream dance. It’s worth checking out.” Beatzbase

“Fueled by gooey rhythms and brazen beats Kramnik unleashes once again. It’s hot and cool. Specifically, ‘Viclone’ is a bubbly and curvaceous spin in the hands of the agile Hernan Cattaneo & Martin Garcia who knock the track far out of the park. This is the stuff for hungry floor humpers. Ben Sims interpretation is superchunky and dark as matter of fact. Once it starts to fly its off the handle and into a flash- frenzy that will keep you up all night. Its defies scintillation. The remix by Gabriel Ananda is much more cerebral and high-tuned. It’s like your dropped into the center of a hi-speed thriller chase. Franco Bianco & Mike Wall’s version is far more distilled and deconstructed from the original…they have barely left the skeleton of the original, and managed to draw lines to form a completely new design. It’s hot and cool.” Igloo Mag

“The returning rise of Kram Records proudly presents this electronically innovative EP: ‘Dark Matters’ Remixes Vol 1. Plagued with dark bass lines and viral riffs, Kramnik is back to infect… Kramnik hones his craft around the culture of dark emotional progressions” Listen to House

“These reworks by a diverse clutch of heavyweight remixers will all be adding their own flavours to Kramnik’s originals, to add yet further dimensions to this far-reaching album. This three-pronged attack will showcase Kramnik’s undeniable desire to push the envelope and see musical boundaries being pushed in each and every direction. Expect no stone left unturned. Inhale

“Really smooth processing considering its all live, kind of a half way point between ambient and tech which is interesting to hear.” Esper

“For anyone who had the pleasure of experiencing the remixes of Kramnik’s work by Hernán Cattáneo, Nick Warren, Timo Maas and Gabriel Ananda, will understand that they were only the beginning and that Kramnik’s album takes the journey far and beyond that of the remixes.” Guerrilla Sounds

“Two stunning remix EPs with the most unusual and grandiose tracks on the album – Viclone, M1 and Mongolium – ‘Dark Matters’ is no less mysterious and fascinating as the music itself, this album is an unmistakable expression of an artist with a clear and uncompromising vision. ‘Dark Matters’ is the kind of album that shapes electronic dance music for future generations to come.” Focus

“It’s easy to see why Kramnik’s debut album is getting support from producers and DJs such as Stephan Bodzin, Luciano and Sasha. It is indeed dark stuff, but is incredibly well produced and structured, each track flowing in to the next with the precision and fluency of a DJ set. There is a choice moment when the full kick drum arrives in ‘Harmuk’, while ‘Viclone’ makes clever use of a single violin, exploring many more textures and sounds than you might expect. Although this is definitely music that is on the minimal side, the Spanish DJ uses his resources to make sure that what is going on is completely relevant – and which ultimately offers a dark, bass heavy treat.” DMC 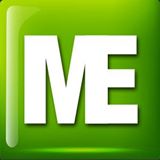 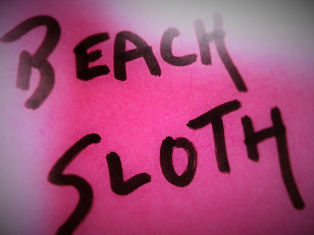 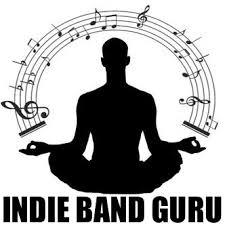 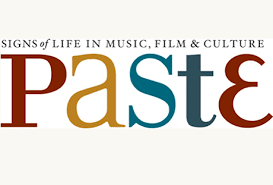 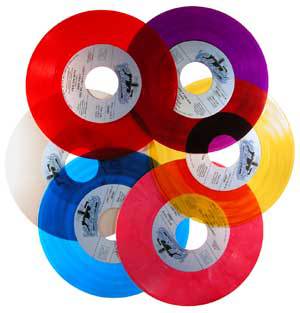 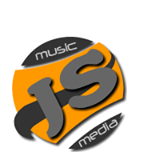 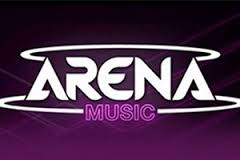 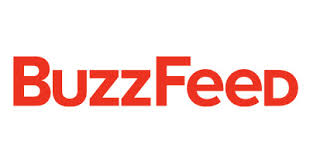 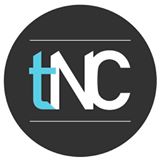 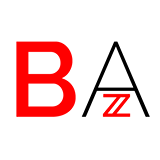 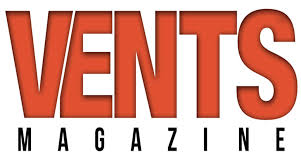 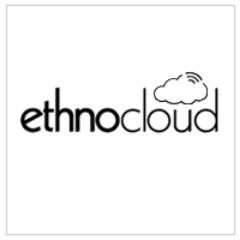 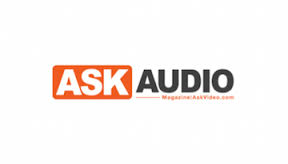